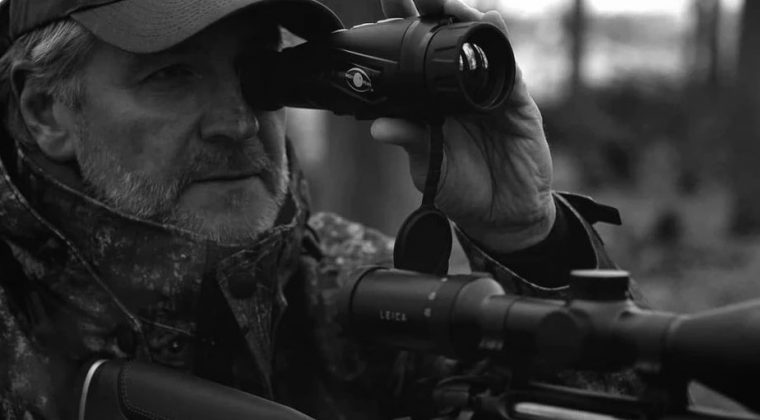 If you are a hunting aficionado, it is only inevitable that you will spend some time outdoors well after dark. It doesn’t matter if you are tracking a kill, scouting, or varminting because you will need something to help you see amidst the darkness. This is where thermal cameras come in handy.

While you might assume that flashlights are enough, they tend to attract attention. Meanwhile, although night vision can work well, animals may remain concealed enough that detecting them will be next to impossible. The good news is that there is something they won’t be able to hide and that is none other than their heat signatures.

A thermal camera is an unbeatable and high-tech solution perfect for hunters who stay in the wild after dark.  Instead of seeing the light reflected by the objects, a thermal camera sees their emitted heat. The animals’ body heat glow on the cover even through cover and when the night is already pitch black.

It is why it is not a surprise that more and more hunters are using these special cameras. But, how does a thermal camera work and how do you choose one?

How Does a Thermal Camera Work?

A thermal camera detects the infrared radiation emitted by objects. These cameras can also detect the radiation they transfer or reflect to objects. These cameras don’t necessarily display the actual temperature of objects in view. Instead, they use algorithms to get approximates of the three values namely emitted, transmitted, and reflected. The displayed image is then built from these values.  A thermal camera’s infrared sensor works just the same with PIR sensors found on motion detectors and trail cameras.

Here are the factors you need to consider when shopping for thermal cameras:

A thermal camera is similar to trail cameras as it uses various solutions for power needs. There are some that feature enclosed Lithium-ion batteries that recharge similar to the cordless drill. Some also use disposable or replaceable batteries.

Your choice of battery will obviously have an impact on battery life. However, don’t expect to use your thermal camera for several months just like how you would with your trail camera. The life span of a thermal camera is estimated in hours and based on how often they are used.

The bolometer is the sensor responsible for the detection of electromagnetic radiation. The astronomer Samuel Langley invented it in 1878. A bolometer in its simplest form is composed of the thin absorptive element attached to the reservoir that has constant temperature.

Once the absorptive layer that is typically made from metal experiences an increase in temperature, the reservoir’s temperature also rises that is detected with electric current. The very first bolometer made can detect a cow’s heat from a quarter mile distance.

Based on the materials’ sensitivity in the microbolometer, there are thermal cameras that can see much farther than the rest. A lower price usually indicates shorter detection ranges although it is not always a guarantee. These ranges may reach as far as 10 yards for certain cameras to over 1,000 yards for others. It is also important for hunters to take their terrain into consideration before they invest in the ability of thermally imaging game from distances of half a mile. You cannot expect to have such a far line of sight once you are out in the woods.

Resolution is calculated by adding up the array of pixels. Anyone who is familiar with the concept naturally assumes that images are better when resolutions are higher.  A consumer-market thermal camera’s resolution can range from 160×120 up to 320×240.  There are also higher resolutions available if you are ready or willing to spend more money.

However, a higher resolution is not always equivalent to better images produced. Once the microbolometer pixel arrays become more complex, the individual pixels also get smaller. These smaller pixels tend to be less sensitive, which means that they produce images with more visual noise.

PIR sensors and thermal imaging devices work similarly. They can detect the long-wave infrared radiation with wavelengths ranging from 9 to 14 micrometers that is way beyond that of the near-infrared radiation.

This area of spectrum corresponds to temperatures experienced in day to day life. Everything emits long-wave radiation including people to animals, buildings, plant life, and others. It is actually correct to say that a thermal camera sees heat but it only sees the heat occurring in long-wave infrared bandwidth.

Thermal cameras are different from night-vision cameras in the sense that they don’t detect light that is reflected off the objects. A night-vision camera amplifies any small amount of available light even if it is only starlight. However, a thermal camera can work in broad daylight or total darkness. The images they produce are displays of differences in temperature in their field of view.

Microbolometers are the special kind of bolometer used by a thermal camera for detecting infrared radiation. A microbolometer is made up of an array of pixels and each of them consists of several layers. Their outer layer is a material that absorbs infrared. A substrate layer follows the space for cooling as well as a readout integrated. An electrode is responsible for connecting the layers to transmit detected radiation through electric signals. A vacuum normally encases the entire array of pixels.

Microbolometer manufacturers use a wealth of materials for these layers. There are some that are more sensitive to others while others tend to be more expensive. Responsivity is another factor that affects the quality of image. This is a measure of the detector’s ability of converting radiation to an electrical signal. However, resolution still remains as that one thing that affects image quality the most.

Even though thermal cameras often come with high price tags, most of the time, these tools are actually indispensable. If you want to easily spot game no matter what time of the night or day it might be, getting one is a wise decision you won’t regret.