Which one is better - inkjet printer or… 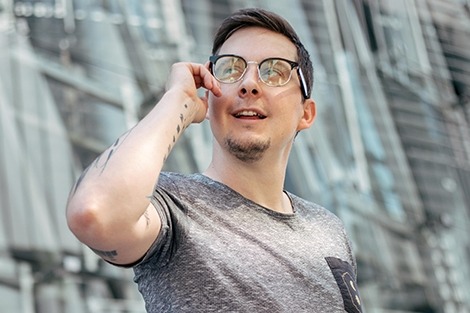 Have you always been fascinated and amazed by smart glasses?

Smart eyeglasses are considered as the up-and-coming trend in the world of wearable smart technology. These state-of-the-art glasses have the ability of bringing your smartphone’s technology directly to your eyes and even your ears.

It was in 2013 when Google launched the first ever smart eyeglasses. Even though the Google Glass Explorer was a complete commercial failure, numerous companies have since then launched their very own versions of smart eyewear, with the market getting more and more exciting every month.

How do these smart eyepieces work in the first place? Are these really as complex as they sound?

Smart glasses refer to wearable compute glasses with different function. There are some that superimpose the field of view’s information like an AR or augmented reality overlay. There are also some that may offer the ability of answering calls and listening to music but with no visual output provided. Others may just alter the lenses’ darkness according to the lighting.

Smart eyepieces basically aim to offer the wireless functionality of today’s smartphones and other similar devices straight to your head or face. Smart eyewear can be completely handsfree or touch-controlled. These can also let you answer messages or make calls, take videos and photos from your current point of view, interact with apps, display an AR overlay, use GPS navigation, or listen to music.

Smart eyepieces also have substantial possible capabilities and applications in different industries such as healthcare, construction, and logistics.

For smart eyewear to provide the same functionality to smartphones as well as other devices, these must be control with ease, produce audio and visual outputs, and have multiple sensors.

Below are the functional parts of smart eyewear and their function:

Smart eyewear may have the ability of watching videos or taking calls. These and other similar functions are only possible with an audio output. Rather than using speakers, there are smart eyewear pieces that transfer sound to the ear bone or cochlea through bone conduction instead of through the air. It involves sending out vibrations from the glass frame to the cochlea through the cranium with the eardrum bypassed.

Many smart glasses also have a tiny microphone with the capacity to record surrounding sounds and your voice. It is a must for smart eyewear to have call functionality, voice control, and ability to record videos with audio.

Similar to computers, smart eyewear needs a CPU or central processing unit. It is often held in any of the frames’ arms, which means that they should be small. The CPU is often similar or same to the processor of smartphones.

It is how the user controls a smart eyewear. The HCI has to apply to the glasses, which means that the usual controls such as a computer mouse or touchscreen are not suitable.

Other important parts of smart glasses include lenses, camera, and display.