Laptop Computer Buying Mistakes to Avoid at All… 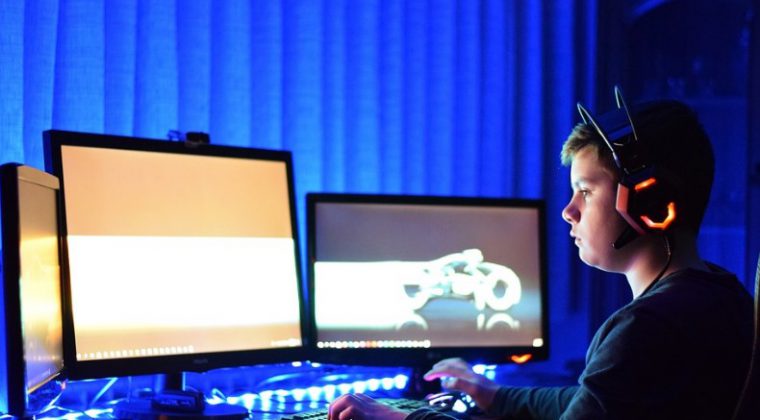 MOBA games are a genre of video games that has taken the world by storm. There are hundreds of millions of players playing MOBA games on a regular basis, and the number is only growing!

So why is that? Well, let’s find out:

There are a lot of reasons people love MOBAs. They’re free to play, for one thing. You can download them and start playing immediately without paying a dime, which is perfect for those who want to try out a game before committing money or time to it.

They’re also available on mobile devices and PCs as well as consoles. This means that no matter what kind of hardware you have at your disposal, and even if you don’t own any gaming hardware at all you’ll be able to find some way to get in on the action by yourself or with friends

We can play them with our friends, wherever they are in the world

One of the best things about these multiplayer games is that you can play them with your friends, anywhere in the world.

If you have a friend who lives in another country or thousands of miles away from you, it’s easy to play together because there are few barriers between players.

You don’t need expensive equipment or software, just an internet connection and a computer (or laptop). You can even use your phone!

Plus, these types of games are great for meeting new people with different life experiences than yours and you’ll get a chance to learn more about people who live outside your own culture and maybe even make some friends along the way.

They require mental and physical teamwork

The idea of teamwork is a central tenet in MOBA games. If you don’t communicate with your teammates, it’s hard to win. It’s also vital that you use your abilities and powers effectively so that they’ll give the greatest benefit to your team.

You need to be aware of what everyone else on your team is doing so that you can adapt your strategy as necessary.

For example, if an enemy player has a lot of health points left and one of your teammates has a power or skill that would really help him or her finish off their opponent, then it would be helpful if another teammate could assist by attacking the same enemy player at another time.

Maybe you have friends who live far away. Maybe they’ve moved to another country, or maybe they just don’t have the time to meet up with you on a regular basis. But what if you could still spend time together playing games?

That’s exactly what MOBA games are for! You can play with your friends online, even if they’re thousands of miles away.

All you need is an internet connection and the right game such as League of Legends. And if they’re too busy to meet up with other people in person, then why not get together in-game instead?

The same idea goes for friends who aren’t so close by maybe some acquaintances want to stay in touch after graduating college but how do we bridge that gap between seeing each other every day as undergrads and keeping in touch once we’re farther apart geographically?

Well, there’s no easier way than picking up a controller!

They teach us valuable life skills like communication, cooperation, and problem-solving

The same skills that are useful in MOBA games can be applied to real life. These include:

MOBA games are very social, and so they let us be heroes in our own stories. We can make friends and enemies, learn from our mistakes and improve on them.

In this way, the MOBA genre is a great entry point into gaming in general because it’s not only fun to play with other people but also easy to pick up if you’ve never played a video game before or think that all games are too hard for you.

These games are fun. That’s why it’s so easy to find yourself playing them for hours at a time the matches are fast-paced, exciting, and always keep you on your toes.

Unlike other genres like FPS or RTS which tend to be more of a cerebral challenge (or simply less entertaining), MOBAs allow you to play at your own pace without losing interest in the game itself.

But MOBA games are also challenging but not impossible! Just like any good video game experience should be: engaging but not frustrating; difficult enough to keep things interesting without being overwhelmingly difficult.

Yet they should be complex enough that there’s always something more for players to learn about how to improve their skillset… but not so complex that it feels impossible for new players who haven’t invested hundreds of hours into learning everything there is about strategy theory yet!

The most popular MOBA games right now are definitely League of Legends, Dota 2, SMITE, and Heroes of the Storm. There are many more available for different platforms but these are the top ones at the moment.

So if you decide to play any one of these, you should learn some of their strategies and secrets to get better at the game.

For example, if you want to play League of Legends and you like to do a lot of damage to enemies by yourself you should pick a champion that excels at attack to carry damage, that it’s recommended that you check out an ADC tier list.

In simple terms, the games are easy to jump into, while still having enough complexity to keep you coming back. Anyone can pick up and play a MOBA, but it might take you a little longer to master.

This distinct balance makes them appealing not just to casual gamers but also to hardcore gamers who want a more strategic game than run-and-gun shooters might offer.