Shopping for Phone Charger for a Car 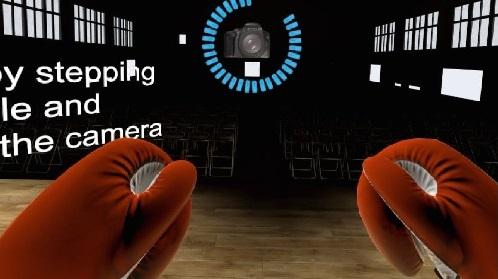 Boxing games have always been popular. In virtual reality (VR) it has become more realistic in practice and the controls are as good as ever. When VR had first come to exist and later with its evolution, the release of such games had continued to raise anticipation levels. In fact, many fans of the game have indicated that boxing may just be the ultimate virtual reality sport. Scaled perfectly for VR, the boxing ring keeps you viscerally connected. You can actually feel the crowd milling with your moves. Photographers peeping through the ropes, try to poke their lenses to capture all the action.

While you can play, you can’t figure out minor details such as close ups of brutally bloody faces. The view is contained and you don’t need to move your head much from one side to another. The distance between the player and the action feels right. Here are some of the most popular and engaging VR Boxing Games:

The Thrill of the Fight

Considered as one of the best VR games, The Thrill of the Fight takes you up on a stage with no people seated around the ring. The player is suddenly transported into the play area with a personal trainer looking straight into the face. The next move equips the player with boxing gloves and the action begins! In fact, knocking out several opponents helps you unlock the level which makes the game so much fun.

The Thrill of the Fight is much more than shadow boxing; it keeps you enticed to what the next move of the opponent could be. If you play boxing, then this is one of the most exclusive VR Boxing Games that not just keeps you hooked, but lets you experience a new era of learning. This works more like a personal training session with an opponent so you can practice on your cardio and reflexes on the turn.

With The Thrill of the Fight you can get a fairly realistic simulation of boxing and learn the correct method of the fighting patterns. The game is available on Oculus Touch and HTC Vive. Simply dodge and sweat to get into the groove of the boxing world. The room-scale VR boxing game is available at $10.

An adrenaline pumping boxing experience brings the real action alive! With polished graphics and sound narration, the fights get absolutely interesting and challenging. In fact, you can recover by not getting hit for some time. Unlike The Thrill of the Fight, outfits can’t be unlocked. It’s an arcade experience where you can make specific moves. If you don’t counter the enemy in time or get hit, the opponent’s health resets. Knockout League is available on all major VR gaming platforms and can be purchased at $11.

There are several other VR Boxing Games such as The Fastest Fist, Kunlun Fight, Boom Boxing, and more. VR games provide a good scope for workouts. Both fitness beginners and experts can play these games and get benefitted. With each knock down you can rank better. Sticking to sessions that require more skills give a better chance to gain strength and build endurance.